Takeaways From “The Game Changers”

The Game Changers, produced by James Cameron, is a new documentary that pushes a plant-based diet. It argues that eating any animal product can cripple athletic performance. Furthermore, it can create major heart problems and cause you to have smaller and shorter erections.

Throughout the film, narrator and former MMA fighter James Wilks takes you through his research that ultimately influences his decision to go from eating animal protein to a plant-based lifestyle. He interviews doctors and a few athletes who also follow plant-based diets. Shoot, The Game Changers even had me rethinking my diet for a second.

Being that The Game Changers came out when I worked with the Toronto Blue Jays, all the minor league teams wanted to know about it. This was especially true after a big-league player said he was going to become vegan.

To be honest, though, this documentary is one-sided. And, it uses scare tactics to argue that becoming vegetarian/vegan will make you a better athlete. It states you’ll perform better, recover faster, and even have longer-lasting erections. This is all because Wilks used parts of his studies instead of evaluating the entirety of his research. He makes misleading claims.

Look, I have no beef with vegans or vegetarians. I have clients who are vegan and vegetarian. If anything, I agree we should incorporate more fruits and veggies into our diet. However, scaring people and cherry-picking data is not the right way to educate.

Here are my 4 main takeaways after watching The Game Changers:

1.Eating more veggies is ALWAYS good for you!

The documentary shows athletes who start to see positive changes in their performance. The primary reason for these changes was because they began focusing on nutrition. More fruits and vegetables were being added into their diets and it wasn’t just because they were vegan or vegetarian.

I like to teach my clients this lesson by talking about premium carbs. Premium carbs are higher in fiber and lower in sugar. For instance, if you go from a diet of eating just chicken fingers and sandwiches to more plant-based foods, you’ll probably have more energy. As you may know, fiber helps us maintain our energy throughout the day, plus it keeps us fuller longer. You can find fiber in whole grains, fruits, and vegetables.

2.There is no research showing that a plant-based diet is going to help improve recovery.

The narrator’s quest of “searching through papers” and finding out what no one would tell him about recovery never got answered. When working with professional athletes who are trying to recover from an injury, some of the most important tips include, but are not limited to, increasing fruits and vegetables, protein timing, and protein quality. This was the information I shared with my athletes who were in rehab. I’m sure if the narrator actually reached out to a sports dietitian he would have gotten the same answer.

3. If you want to follow a plant-based diet for ethical reasons, that’s fine, but don’t expect it to be the answer to everything.

The Game Changers speaks about different “benefits” of going vegetarian or vegan. Not limited to talking to a urologist, or as they call it in the movie a “penis doctor.” This doctor tried to sell the fact that 3 athletes had bigger and longer-lasting erections while they were sleeping because they had one plant-based meal. I’m sorry to break it to you, but one plant-based meal is not nature viagra.

The movie then brings in the ethics of animal consumption and the environmental impact of meat versus plant consumption, kind of like an afterthought. In no way is it relevant to what it’s trying to portray, which is that animal products are killing you and making your performance worse. Again, if the narrator had just asked a sports dietitian how to improve recovery, the response given would have been about protein timing, protein quality, and increasing whole grain and vegetable intake.

I’m all about supporting athletes who want to become vegan or vegetarian due to ethical reasons and the environmental impact. Maybe they don’t want to see animals get killed. Plus, it takes more water to feed an animal to grow then it does for a plant. However, becoming a vegan or vegetarian is not going to improve their performance or recovery period. A well-balanced diet that includes plants and meats will.

4. The amount of protein in 3 ounces of meat or 3 eggs is not comparable to 1 cup of lentils or a peanut butter jelly sandwich.

When it comes to animal proteins, I teach my clients the less legs the better. That means fish is better than chicken and chicken is better than red meat. The reason? As the number of legs an animal has goes down, the more anti-inflammatory fats or Omega-3s are in the animal.

Leucine is a building block for proteins. In order to make a complete protein, you need 20 building blocks aka amino acids. Out of those 20, only 11 of those amino acids can be produced naturally by your body while the other 9 are needed from food. Out of those 9, the most important amino acid for muscle building is leucine. The amount of leucine you need to turn on that muscle-building switch depends on factors like your weight and your age. It’s safe to say you need between 2-3 grams of leucine to turn on that switch. The amount of leucine in 3 ounces of 90% lean beef or 3 eggs is nearly 50% more than what you’d find in lentils or a PB&J sandwich.

I love movies, but I hate watching a documentary that’s just trying to scare the general public or misinform athletes. Being that I’ve worked with athletes in the professional and collegiate setting, a sports dietitian is a key part of an athlete’s success. If you want to go plant-based, do it. I love including more whole grains, vegetables, and fruits. If you’re doing it for ethical or environmental reasons, great. However, don’t go after a plant-based diet because you think it will improve recovery or that the quality of protein is better. 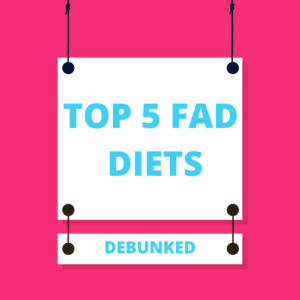 Tired of Losing Weight Just to Gain it Back? Debunking the Top 5 Fad Diets

Over the years, many diets have claimed to be the “end-all-be-all” for your weight-loss journey. You’ll “get slim quick,” “kick …
Read More 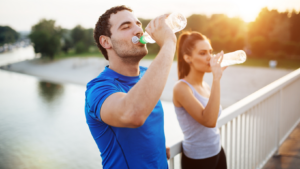 Are You Drinking Enough Water? 3 Reasons Hydration Is Important

Drinking enough water each day is crucial to our health for many reasons: To deliver nutrients to cells, keep organs …
Read More 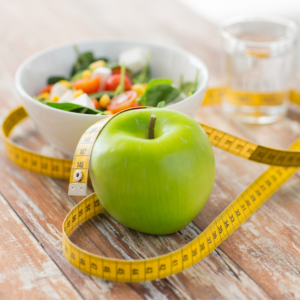 Is Your Fear of Fats and Carbs Keeping You From Reaching Your Fitness Goals? Four Limiting Beliefs About Diet

When it comes to nutrition, many of us actually believe a ton of myths that couldn’t be further from the …
Read More